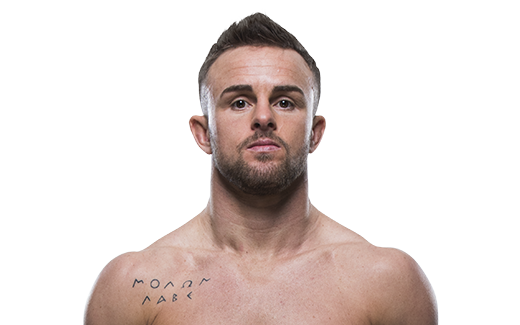 Stamann was born in Grand Rapids, Michigan and attended Grand Valley State University, where he competed in wrestling. Stamman also began boxing in high school at the age of 16. When MMA was introduced to Michigan, he was encouraged by his mother to transitioned to train MMA as a way to keep him out of trouble in life.[1]

Stamann amassed an amateur record of 19-1 with seven titles before turning professional in 2010. After compiling a professional record of 14-1, fighting mostly in the Midwest region of United States for Knockout Promotions, Michiana Fight League, Triple X Cagefighting and Hoosier Fight Club, prior joining the UFC. As well as WXC, Warrior Xtreme Cagefighting. Michigans oldest and largest MMA league. [7][8][1]

Stamann faced Tom Duquesnoy at UFC 216 on October 7, 2017.[11] He won the fight by split decision.[12] After watching the fight, Stamann commented Daniel Cormier and Joe Rogan were biased on his fight commentary where the commentators mentioned Duquesnoy more in the first two rounds even Stamann felt he was beating Duquesnoy.[13]