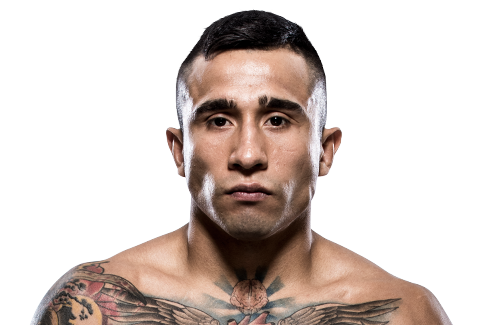 Pérez made his professional mixed martial arts debut in 2005 at the age of 16, competing for regional promotions across Mexico. He was able to compile a record of 14 – 5 before trying out for The Ultimate Fighter in 2014.

In May 2014, it was revealed that Pérez was a cast member of The Ultimate Fighter: Latin America, competing for Team Velasquez.[4]

Over the course of the show, Pérez first defeated Fredy Serrano in the quarterfinals via unanimous decision.[5] In the semifinals, Pérez went on to defeat Guido Cannetti via Knockout in the first round to reach the finals.[6]

For his second fight with the promotion, Pérez faced Patrick Williams on June 13, 2015 at UFC 188.[9] He lost the fight via submission in the first round.[10]

Pérez faced Scott Jorgensen on November 21, 2015 at The Ultimate Fighter Latin America 2 Finale.[11] He won the fight via TKO in the second round after Jorgensen was unable to continue after injuring his ankle.[12]

Pérez was expected to face Manvel Gamburyan on September 17, 2016 at UFC Fight Night 94.[16] However, Gamburyan pulled out of the fight in mid-August for undisclosed personal reasons and was replaced by Albert Morales.[17] The fight was scored a majority draw.[18]

Pérez was expected to face Rob Font on December 3, 2016 at The Ultimate Fighter 24 Finale.[19] However, Pérez pulled out of the fight on November 24.[20] He was replaced by promotional newcomer Matt Schnell.[21]