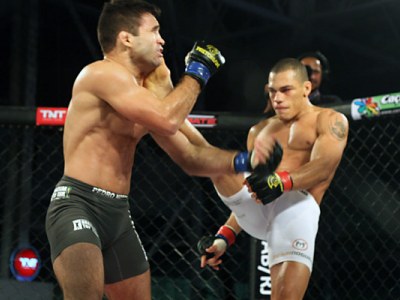 Marlon Moraes has already established himself as one of the top Bantamweight fighters in the world today. So, why is he being mentioned as a prospect? Based on my rankings criteria a fighter qualifies as a prospect if they have never competed in the UFC, PRIDE, Strikeforce main card, Bellator Tournament, or WEC main card. Moraes currently fights for World Series of Fighting (WSOF), which is on the verge of establishing themselves as a legitimate #2 promotion to the UFC. As of now, WSOF has allowed a few select fighters to move on to the UFC, which in my eyes still makes them a feeder promotion for the UFC. Nonetheless, Moraes clearly has the talent to walk into the UFC and be an overnight title contender. His striking has always been his strength, but he’s also dangerous on the ground, and excellent conditioning. Moraes recently signed an extension with WSOF, but there have already been rumblings of Moraes wanting to test his skills against the best in the world.