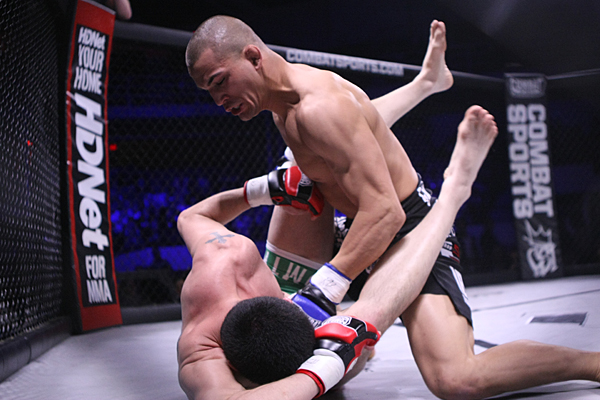 Prospect of the Week: Mirsad Bektic

Mirsad Bektic grew up in Bosnia and Herzegovina, but due to the civil war, his family was forced to move stateside in 1999. Bektic began training in karate and boxing at an early age before experimenting with bodybuilding. He eventually found MMA, and quickly amassed a 9-0 record as an amateur.

Bektic debuted in 2011, fighting in the Victory Fighting Championship promotion. He compiled a 2-0 record there before moving on to win 2 more fights under the Titan Fighting Championship banner in 2012. Bektic soon signed with the leading prospect promotion, RFA. He stepped up his competition level defeating Doug Jenkins (7-7) and Nick Macias (6-3).

Bektic’s most recent fight came in the VFC promotion, where he defeated PRIDE and WEC veteran Joe Pearson (43-19-1). Bektic has won 6 of his 7 fights via finish and has a devastating top game.

Bektic currently trains out of American Top Team and is easily one of the top prospects in the country considering his age, skills, and record.