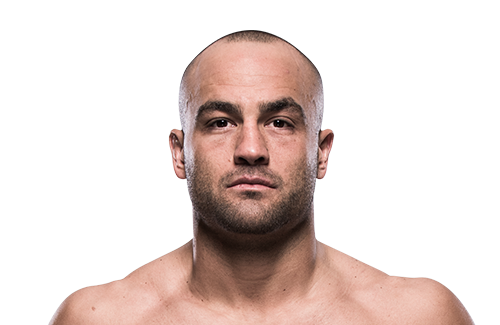 In spite of the fact that many insiders didn’t view 170 pounds to be Alvarez’s best competitive fighting weight, he continued to fight larger opponents because he relished the challenge of testing his mettle against bigger fighters.[8] At Bodog Fight’s “Clash of the Nations” pay per view in Russia on April 14, 2007, Alvarez’s size disadvantage would be exposed, as he suffered his first career loss when he was TKO’d by UFC veteran Nick Thompson at 4:32 into round 2. After deciding to leave Bodog, Alvarez quickly found a new home in EliteXC where he competed in their 160-pound division against Ross Ebanez, winning by TKO.[9]

A few weeks prior to the first event, it was announced that the upstart Japanese promotion DREAM, started by the minds behind PRIDE FC and K-1 had signed Alvarez to compete in their 154-pound grand prix.

His initial fight was against Andre Amade, another potent striker, hailing from the notorious Chute Boxe Academy. During the fight, Alvarez was dropped by a strong right hand, but was able to recover and use his superior wrestling skills to score a TKO due to strikes from mount late in the first round.[10]

Alvarez advanced to the second round of the tournament where he defeated top ranked Lightweight fighter Joachim Hansen on May 11, 2008, by unanimous decision in an exciting fight. Hansen, who was known for his ability to take a punch, was dropped twice in the fight and dazed numerous other times by Alvarez’s strikes.[11]

In his fight at the Dream 5: Lightweight Grand Prix 2008 Final Round, Alvarez knocked out top ranked Lightweight fighter Tatsuya Kawajiri in the tournament’s semi-finals. The fight was awarded Fight of the Year by Sherdog for 2008. However, he was unable to advance in the tournament due to a cut and severe swelling under his right eye. Alvarez’s replacement was Joachim Hansen, whom he defeated two months earlier. Hansen went on to win the tournament and capture the DREAM lightweight title.

Alvarez was scheduled to face UFC and PRIDE veteran Nick Diaz for the EliteXC 160 pound title on November 8, 2008.[12] but that fight was scrapped when EliteXC’s parent ProElite closed its doors and filed for bankruptcy. On New Year’s Eve 2008 Alvarez fought against Shinya Aoki at K-1 Dynamite!! 2008, losing by submission in the first round. He was subsequently signed to an exclusive contract with Bellator Fighting Championships.[13]

Alvarez entered Bellator‘s lightweight tournament at Bellator’s inaugural event on April 3, 2009. He fought against Greg Loughran, who landed a left hook which caused Alvarez to buckle his legs. Alvarez survived, however, and submitted Loughran with a guillotine choke.[14] His next fight at the tournament’s semi-finals took place four weeks later at Bellator 5, against Eric Reynolds. After controlling the bout for two rounds, Alvarez used a rear-naked choke to submit Reynolds in the third.[15]

Alvarez advanced to the lightweight tournament’s finals, which took place at Bellator 12 on June 19, 2009. He fought and defeated Toby Imada, via a rear naked choke submission early in the second round, to become Bellator’s first ever lightweight champion.[16]

Alvarez faced Josh Neer in a non-title “Super fight” on May 6, 2010, at Bellator 17 in which he showed great wrestling and standup to go on to defeat Neer by way of rear-naked choke at 2:08 of round 2 as the choke was so well sunk in Neer would pass out from hypoxemia.[17]

Alvarez was supposed to fight the Season 2 Lightweight Tournament Winner Pat Curran in a defense of his title, but his opponent was pulled from the card due to an injury in his right shoulder. He instead faced Roger Huerta at Bellator 33 held in his hometown of Philadelphia, Pennsylvania.[18] He won the fight via TKO (doctor stoppage) between the 2nd and 3rd rounds. Alvarez then publicly stated that he wanted his next fight to be against the Strikeforce Lightweight Champion, Gilbert Melendez.

Alvarez faced Michael Chandler on November 19, 2011, at Bellator 58 in what was called by many publications as the ‘2011 Fight of the Year’.[20] He was defeated by Chandler by rear naked choke in the fourth round. Chandler came in very aggressive in the first round, nearly finishing Alvarez. In the third round, Alvarez landed many shots, one in particular stunning Chandler. The last round, Chandler caught Alvarez with a right hand and got on top before taking Alvarez’s back and locking in the choke forcing the tap.

Alvarez faced Shinya Aoki in a rematch at Bellator 66.[21] He won the fight via TKO in the first round after dropping Aoki and finishing him with ground and pound.

Alvarez faced Patricky Freire at Bellator 76, and defeated Freire in the first round via KO. This was the last fight on Alvarez’s contract with Bellator and he passed the organization’s contractual period of exclusive negotiation. Alvarez agreed on principle to a new contract with the UFC, reportedly including a share of pay-per-view revenue in addition to show and win money. Bellator, however, invoked a clause in the original contract to match the UFC’s offer and re-sign Alvarez, matching the show and win purse and alleging that the pay-per-view cut in the UFC’s offer to be strictly hypothetical. Alvarez and his management subsequently filed two lawsuits against Bellator.[22]

On August 13, 2013, it was announced that Alvarez and Bellator had reached an agreement regarding his contract status. Alvarez faced Michael Chandler on November 2, 2013, at Bellator 106.[23] He won via split decision in a close fight to become the Bellator Lightweight Champion for the second time. Much like the first time they met, Alvarez and Chandler engaged in another highly praised,[24][25] back and forth battle. In the early rounds, Alvarez’s jab and punching combinations found their home, damaging the left eye of Chandler, while Chandler was able to land multiple take down attempts and slams, and threatened a rear naked choke. The third round saw Eddie land with some crisp combinations. In the fourth round, Chandler landed a flying knee and some brutal ground and pound which hurt Eddie. By the fifth round, both fighters were busted up and bleeding badly. Chandler caught Alvarez in a neck crank, but Alvarez escaped and nearly finished the fight two times with rear-naked choke attempts. Bellator CEO Bjorn Rebney called the fight the best he’d ever seen. The decision was not without some controversy, with several media outlets scoring the fight for Chandler.[26]

Rebney stated in the post fight press conference that the two would meet again in a rubber match, possibly on pay-per-view, once they both have recuperated. A third fight with Michael Chandler was set up for the main event of Bellator 120 on May 17, 2014. However, a week before the fight, it was announced that Alvarez had suffered a concussion and was forced to pull out of the fight.[27][28]

In August 2014, new Bellator MMA president Scott Coker announced that Alvarez had been released from his contract with the promotion.[29]

On August 19, 2014, the UFC announced that they had signed Alvarez to a contract. He made his promotional debut against fan favorite and top contender Donald Cerrone in the co-main event at UFC 178 on September 27, 2014.[30][31] Despite absorbing several flurries of clinch strikes from Alvarez through the first round, Cerrone recovered from a slow start and ended up controlling the rest of the fight with leg kicks that eventually hurt Alvarez. Alvarez lost the fight via a unanimous decision.[32]

Alvarez was expected to face Benson Henderson on January 18, 2015, at UFC Fight Night 59.[33] However, Alvarez pulled out of the bout and was replaced by Donald Cerrone.[34]

Alvarez faced Anthony Pettis on January 17, 2016, at UFC Fight Night 81.[37] Despite being a heavy underdog going into the fight Alvarez was able to pressure and control Pettis. Alvarez won the fight by split decision.[38]

In his fourth UFC fight, Alvarez faced Rafael dos Anjos on July 7, 2016, at UFC Fight Night 90 for the UFC Lightweight Championship.[39] Despite being a three-to-one underdog going into the fight, Alvarez found his range early and rocked dos Anjos with a right hand just past the halfway point of the first round. He then swarmed dos Anjos and landed a barrage of unanswered punches before the fight was stopped via TKO.[40] The win also earned Alvarez his first Performance of the Night bonus award.[41]

Alvarez made his first title defense against the then UFC Featherweight champion Conor McGregor on November 12, 2016, at UFC 205 in Madison Square Garden in New York City. It was a historic event for the UFC as it was the first UFC event in New York since the lifting of the state’s long-standing ban on MMA.[42] He lost the fight via TKO in the second round, after being outstruck in the first round.[43]

In his first fight after losing the Lightweight title, Alvarez faced Dustin Poirier on May 13, 2017, at UFC 211.[44] Poirier rocked Alvarez in the second round, but was subsequently dropped when Alvarez landed two illegal knees while Poirier was against the fence. With the Texas commission not operating under the new unified rules, referee Herb Dean declared the fight a No Contest as he did not believe Alvarez knew Poirier was a grounded opponent at the time.[45]

In July 2017, it was announced that Alvarez would be a coach on The Ultimate Fighter 26 against former WSOF Lightweight Champion Justin Gaethje.[46] A bout with Gaethje took place on December 2, 2017, at UFC 218.[47] Alvarez won the fight via knockout in the third round.[48] The fight earned both participants the Fight of the Night bonus award.[49]

On October 15, 2018, it was announced that Alvarez signed with ONE Championship, set to make his promotional debut some time in early 2019 as part of their Lightweight division.[55][56]