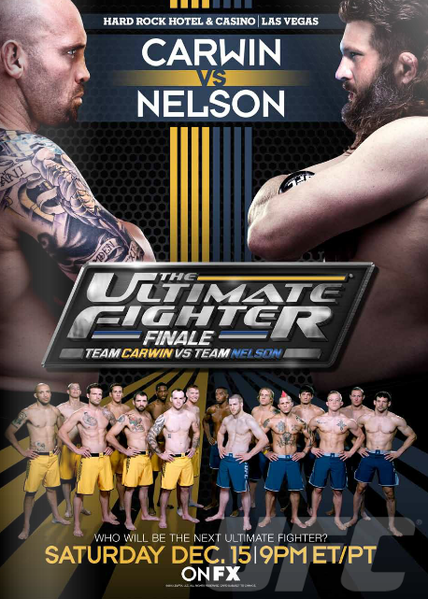 All rankings have been updated following this weekend’s UFC doubleheader of The Ultimate Fighter 16 Finale and UFC on FX 6/TUF Smashes Finale.

Biggest Winners
Hector Lombard
There were 21 UFC winners over the weekend, but if I were to pick one that truly stood out it was Hector Lombard. Palhares was a custom built opponent for Lombard as he lacked the reach and striking to compete with Lombard. The jury is still out if Lombard can compete with the size of other UFC middleweight contenders, but he did not have to worry about that factor in his dismantling of Palhares. Lombard knew he had a lot to make for following his lackadaisical showing against Tim Boetsch at UFC 149. Lombard called out Michael Bisping following his knockout win, but the opportunity may be there for Lombard to square off against title contender Chris Weidman who is currently without an opponent. Lombard may be better off waiting until December 29th where two pivotal middleweight fights between Tim Boetsch and Costa Philippou, and Yushin Okami versus Alan Belcher will help bring a bit more clarity to the division.
Ross Pearson
Ross Pearson left the lightweight division in 2011 following a razor-thin decision loss to Edson Barboza. He had been 4-1 in the UFC prior to that loss, including a win over current featherweight top contender Dennis Siver. Yet, Pearson decided his quickest way to reaching title contention was dropping down to 145 lbs. Pearson was a powerhouse at 145, but his lack of speed was obvious, and following an unimpressive 1-1 record at featherweight, Pearson agreed to move up in weight and face Sotiropoulos following the conclusion of TUF Smashes. Pearson was the slight underdog coming into Friday night’s fight, but he never showed it as he wobbled Sotiropoulos on more than one occasion. Pearson looked confident with his striking and eventually finished Sotiropoulos via strikes. Pearson now finds himself back in the thick of the UFC lightweight division ranks. His lack of overall size and reach at 155 lbs. is still concerning, but Pearson has a chance to rise up the ranks if he plays his cards right. Pearson has gotten himself in trouble by being putting too much faith in his chin. Cub Swanson and Cole Miller both caught Pearson with his guard down, so Pearson will have to fight smart and hope that his technical striking skills and conditioning will pave the way to victory. The UFC lightweight division outside of the Top 6 is wide open, and Pearson has as good of a shot as any other fighter in attempting to fight his way into contender status.
Rustam Khabilov
Rustam Khabilov may have won UFC debut of the year by viciously slamming his way to victory over TUF 15 semi-finalist Vinc Pichel. Khabilov has used his slams before, but that was against questionable opposition. This time, Khabilov took out a very promising prospect in Pichel and instantly put his mark on the lightweight division. Obviously, the verdict is still out on how Khabilov will fair against the likes of stiffer opposition, but considering countryman Khabib Nurmagomedov’s recent success and the fact that Khabilov is training under the watchful eye of Greg Jackson, the future looks bright.
Hugo Viana
Hugo Viana was an undersized semi-finalist on TUF Brazil. He recently dropped down to the bantamweight division where he officially made his presence known as a future contender. Viana destroyed a very tough Reuben Duran without even having to use his submission skills. I am calling it right now, Viana will be a Top 10 bantamweight contender by the close of 2013.
Joey Beltran
Fans saw a more controlled version of Joey Beltran Friday night as “The Mexicutioner” used the clinch to control Igor Pokrajac and pick his spots with which to brawl. Beltran will never be a Top 10 contender, but he is still a fun fighter to watch. His win over Pokrajac was huge considering he was just 1-4 in his last 5 UFC fights.
Colton Smith
Colton Smith was basically an unknown commodity coming into The Ultimate Fighter 16. Now, he enters the UFC with a backdrop of momentum after defeating five top prospects to win the TUF crown. Smith has hinted that a drop down to the lightweight division may be in his future, which would be wise considering Smith’s greatest skill is his wrestling. Smith has excellent conditioning and the pace that he sets is similar to that of Clay Guida. Smith still has a ways to go with his striking, but he is as tough and mentally strong as they come.
Robert Whittaker
Not many American fans watched TUF Smashes, but if there was one name to remember from the season it would be Robert Whittaker. He will likely need to drop down to featherweight in order to have any chance of consistent success in the UFC, but should he do so, Whittaker has the striking skills and knockout power to be Australia’s next breakout star.
Andrei Arlovski (Independent Circuit)
Andrei Arlovski did not move much in the overall Top 25 Heavyweight Rankings, but he picked up another win this weekend over Bellator veteran Mike Hayes. Arlovski is now riding a 4-fight win streak, 5 if you figured in his bizarre no contest with Tim Sylvia. Arlovski should be nearing a possible offer from the UFC or Bellator unless his association with the World Series of Fighting is exclusive to the USA. Dana White said a few months ago that Arlovski hadn’t really beaten anyone to deserve a spot in the UFC, but there are simply not many elite heavyweights toiling away on the independent circuit. Arlovski supposedly has a February showdown with Jeff Monson, though Monson’s M-1 contract situation will likely prohibit him from participating.

Biggest Losers
George Sotiropoulos
Sotiropoulos was a legitimate title contender heading into 2010, but he has recently fallen on hard times following his 3rd straight loss. Sotiropoulos’ lack of speed and athleticsm has always been a weakness, but it has also been the questionable style in which Sotiropoulos has incorporated recently. Sotiropoulos’ greatest skill is his grappling, yet he has chosen to keep his fights standing where he slow, yet effective jab is his only tool. The window on Sotiropoulos’ career may be closing as he just turned 35 years old. He showed a ton of grit hanging in there with Pearson until the 3rd round, but why did Sotiropoulos not make more of a concerted effort to bring the fight to the ground where he had a huge advantage?
Rousimar Palhares
Stephens’ year continues to get worst as he lost via knockout this weekend. Stephens has lost 3 straight fights and is just 2-4 overall in his last 6 bouts. Both of those wins were to fighters currently not on the UFC roster. Stephens is unlikely to be released due to his longevity with the UFC and his penchant for knockouts, but with his recent legal troubles and declining performance, he may in need of a return to the independent circuit to rebuild back his confidence, hopefully as a featherweight. Stephens is still a dangerous opponent, but his lack of reach and all-around skills have led to him continually losing to upper-echelon competition.
Shane Del Rosario
Shane Del Rosario is one of the most likeable fighters in mixed martial arts, but unfortunately he has not fared well since making his UFC debut in 2011. Del Rosario is now 0-2 in the UFC, despite winning early in both his fights against Pat Barry and Stipe Miocic. Del Rosario’s conditioning and grappling look to have taken a hit ever since being sidelined by car accident injuries in 2011. Del Rosario is a very talented striker and his submission game is underrated, but he has just not been able to find the magic that once led him to an undefeated 11-0 record. Hopefully, Del Rosario gets another opportunity in the UFC, but he needs to really amp up his strength and conditioning program to turn his UFC career around.
Jared Papazian
Papazian is listed here due to his unacceptable behavior at the TUF 16 Finale. Papazian is known to be purposely controversial in order to gain some type of notoriety, but his actions were completely deplorable by the UFC’s standards. Papazian tried to bait his opponent Tim Elliott into a pre-fight brawl for some comments Elliott made. Papazian claims he tries to hype his fights with his brash attitude, but the second his opponent tried to do the same, Papazian blew his lid. Despite Papazian getting dominated in the 3rd round, he was still trying to goad Elliott into a fight after the final bell. Papazian is now 0-3 in the UFC, and though he won Fight of the Night honors, he should be given his UFC release. Papazian’s actions crossed the line and this is not the first time. Papazian was completely out of line in his weigh-in staredown with mild-mannered Dustin Page and got under the skin of bantamweight contender Mike Easton. Look below as Easton showcases his anger towards Papazian following Papazian’s pre-fight actions. Papazian has done what he set out to do, which was get people to talk about him, but there is a line that should not be crossed, and Papazian has crossed it 3 straight times. Hopefully, the UFC recognizes that Papazian is not someone they want representing their promotion.