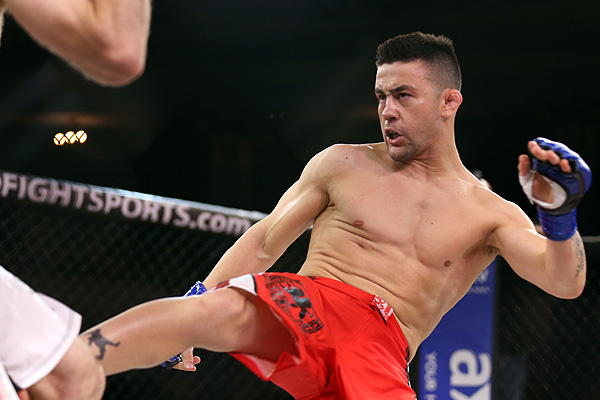 Prospect of the Week: Pedro Munhoz

“Prospect of the Week” FAQ

Pedro Munhoz will be my first featured, “Prospect of the Week.” For loyal readers of this website, you are likely familiar with my 2013 MMA Prospects Report, which featured 80 of the top free agent prospects around the world. Within the last 6 months, 55 of those 80 prospects have went on to sign exclusive contracts with the UFC, Bellator, WSOF, and other top promotions.

Fast forward to 2014, and there is a whole new crop of prospects coming up the ranks. Currently, there are a few sites featuring prospect series similar to my own. BE has Patrick Wyman doing a Top 25. DPK also contributes some excellent Fan Posts. Also, Jason Coles from MMAsun is putting in some hard work running his own Prospects series. Thus, the need, or rather the demand for creating a 2014 MMA Prospects Report is minimal.

For those reasons, I will be featuring one prospect per week. As many MMA fans know, it is difficult to find quality heavier weight prospects. So, I am basically going to pick whom I feel is the top prospect available, regardless of weight class. I will not repeat any of the prospects I covered in 2013, so no Aljamain Sterling, Sheymon Moraes, Nick Newell, or the 22 other prospects that remain on the free agent market.

I will kick this “Prospect of the Week” series off with a very deserving Bantamweight prospect whom is likely one win away from signing with the UFC, Pedro Munhoz.

Pedro Munhoz looks like  a lock to sign with the UFC in 2014. He is the current RFA Bantamweight champion, and for those that don’t know, RFA has become a feeder league of sorts for the UFC.

Munhoz is 9-0 overall with 6 of those wins coming via finish. Munhoz is a Brazilian jiu-jitsu black belt  as well as a Judo brown belt. His striking has improved over the years thanks to his coach Rafael Cordeiro at Kings MMA. Thus far, Munhoz’s most notable win was in his last fight where he defeated big show veteran Jeff Curran via 5-round decision to claim the RFA title. Munhoz has also beaten some other lesser known veterans such as Bellator veteran Mitch Jackson, WSOF’s Pablo Alfonso, and fellow prospect Reginaldo Vieira.

Munhoz is set to defend his title later this month. Should he win, the RFA would likely be proud to send Munhoz off to the UFC, where he is likely to evolve into a Top 15 fighter.