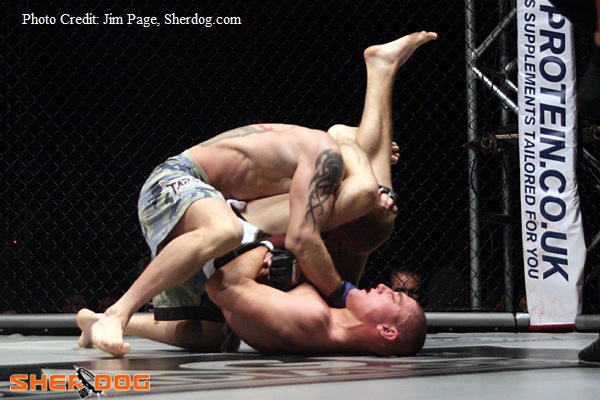 Background:
Paul Sass is known for his penchant of finishing his opponents via triangle choke. Sass made his mixed martial arts debut in 2007, quickly winning 7 fights all via triangle. The lanky English native scored consecutive victories over tough veteran Rob Sinclair and future UFC featherweight Jason Young to earn a contract with the UFC in 2010. Sass immediately showed off his submission skills tapping out Mark Holst in the 1st round via triangle. Sass was sidelined for nearly a year with injuries before returning in 2011 to submit TUF 12 finalist Michael Johnson.

2011 Breakdown:
Sass only competed once in 2011, winning his lone fight via submission.
Sass faced TUF 12 finalist Michael Johnson at UFC Live 6. Sass’ submission game was well-known and Johnson tried to avoid it at all costs, but Sass was ultimately able to pull guard and submit Johnson with a rare heel hook.

2012 Forecast:
Paul Sass is an unassuming prospect, but nonetheless he is quickly rising through the ranks of the UFC lightweight division on the strength of his submission abilities. At 6’1, Sass has found success by using his long limbs to score submissions. Sass is likely to struggle against strikers with the ability to stuff the takedown, but as of now he has escaped with his undefeated record intact. Sass’ striking is still considered suspect, so he has hopefully taken the time away from the cage to work on those skills over the last year.